Beetroot is an obvious ingredient to use in a vegan burger and often features on restaurant menus and in shop-bought burgers. There has even been the contraversial "bleeding" vegan burger that uses beetroot juice to ooze. Not sure who that's trying appeal to! But with it's pink/purple colour, it certainly makes for an appetising colour when included in a vegetable burger, and it's good for you and tasty too so it's a win win.

Peel and grate the beetroot then tip into a double layer of kitchen towel and squeeze tightly to remove the moisture. Put into a large bowl and add the lentils from the packet. Whizz the oats in a blender to turn into a coarse flour. Add the oats, flax and seasoning to the bowl. Stir well then pack portions of the mixture into a large biscuit cutter to form burgers. Chill for at least half an hour or can be frozen. Fry on a low/medium heat from chilled or frozen, flipping occasionally. Takes about 15 minutes from chilled and longer from frozen. 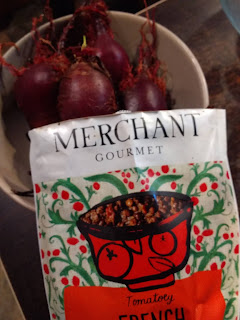 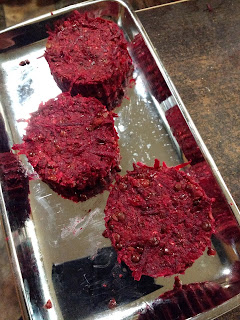 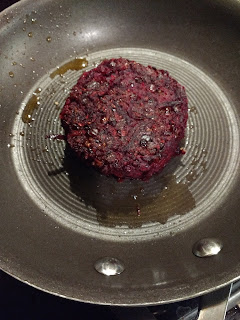 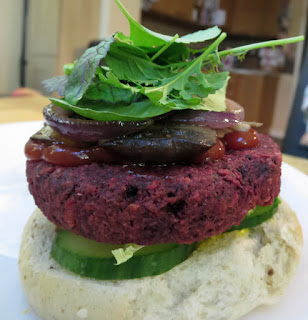 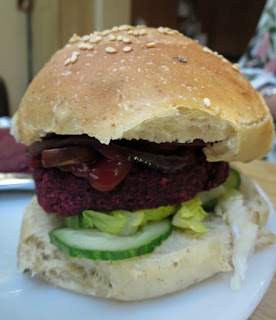