I have known Carol for probably getting on for ten years now. We met because I was looking for some local honey to go into local food hampers I was putting together but we quickly became friends and I thoroughly enjoy standing on the doorstep nattering for an hour. Yes, I would invite her in but she always insists she won't stop!

Carol's honey is an essential ingredient in my Honey & Lemon Marmalade and during February's monthly orders I sold all the stock I had of that and I could have sold more. So I emailed Carol to ask to buy another jar so that I could make a fresh batch. To my surprise she rung me up to say that she had some honey that would be suitable for cooking that I could just have.

The smell and flavour of honey varies tremenously depending on what the bees forage from. This is why Scottish Heather Honey is so prized, of course, but sometimes the foraging isn't quite so desireable. Honey foraged from ivy, for example, can have a flavour that no everyone likes. Carol didn't know what the bees had foraged on for this particular batch but it had an unusual smell that she felt some people wouldn't like and, although it tasted nice, she thought a customer opening a jar and getting that aroma might be put off.

A short while later she dropped off half a bucket of the honey and said I was welcome to have it for cooking. She also gave me a sample of some flapjacks she had made with it to demonstrate that the flavour wasn't unusual when used in cooking.

With good quality honey being a relatively expensive commodity, I was excited to have a larger than expected quantity available to me and an invitation to use it in cooking. Normally I would use a cheap supermarket honey in cooking and even then be fairly sparing with it.

I sniffed it and tasted it and, although I could see Carol's point about the smell being slightly odd, it wasn't unpleasant. In fact, it reminded me of the complex floral notes you get when sniffing real ale. From my experience with that I know that what I can smell bears very little resemblance to the flavours I taste, and so it was with the honey, which was very mild and just generally pleasant.

Happy with my tests, I used some to make the batch of Honey and Lemon Marmlade. After that it was time to experiment.

The first new recipe was steamed honey puddings for dessert on Saturday. I made individual puddings that we served with custard and it was a delightful, light sponge.

On Monday, whilst my youngest daughter filled some time before her return to school, she made a honey cake to refill the cake tin for the week. We ate a slice in the afternoon as a snack. It was a little underdone in the middle, which was my fault as I had judged it cooked. However, the gooey middle was like a sticky sauce, similar to the "sauce" in a chocolate fondant. Later, when I came back from a walk to the postbox, my eldest asked what the cake was. She'd had helped herself to a slice whilst I was out and had puzzled over the flavour as it was almost like a ginger cake but she had liked it, unlike ginger cake. It is true, the complex flavours in the cake are deceptive, and suggest that a subtle combination of spices were used. She also said that the gooey middle was the best bit!

On Thursday I made some honey biscuits to have with my elevenses and for my husband to enjoy was his after dinner cup of tea. These proved to be soft and chewy, again with hard to pindown flavours.  Over dinner my eldest told me she liked the biscuits I had made, which puzzled me as I didn't know she had tried one. Turns out that she had seen the photo I had posted onto Instagram and had fancied eating one, then gone into the kitchen whilst I had been answering the door!

After that she asked if I could made some honey flapjacks - nice thick and properly sweet ones, not like the "healthy" ones I often make. So on Friday afternoon I whipped up a batch of flapjacks too!

Wow! What a sweet week but a lovely week of experimenting and creating.

Butter 6 mini pudding basins. Put two teaspoons of the honey into the bottom of each pudding basin. Cream together the butter and sugar then stir in the 100g of honey and then the eggs, one at a time. Add the dry ingredients and stir well until a smooth batter in formed. Divide the mixture evenly between the six pudding basins. Put the lids loosely on the basins or cover with foil then stack on a trivet inside a pressure cooker, with two cups of water in the base. Put the lid on and bring to pressure then cook for 40 minutes. Leave for the pressure to release naturally then remove the puddings to cool. When ready to serve, reheat in the oven for 30 seconds for each pudding and serve with hot custard. 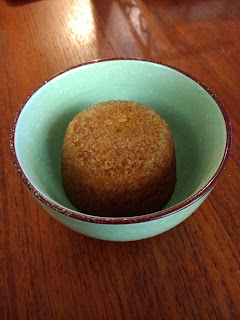 In a pan, melt together the butter, honey and sugar over a low heat. Once melted, increase the heat and boil for 1 minute then set aside and leave to cool for 20 minutes. Preheat then oven to 170°C and line a circular cake tin. Pour the cooled mixture into a large bowl then beat in the eggs. Add the flour and stir until it forms a smooth batter. Pour into the cake tin then bake for 50 minutes to an hour, until a skewer comes out clean. Leave the cake to cool in the tin for 10 minutes or so then turn out onto a wire rack. Glaze the top of the cake with honey until sticky. 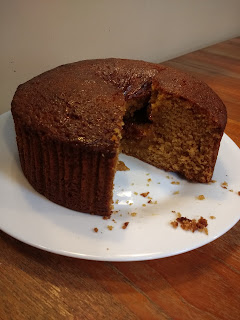 Preheat the oven to 180°C and line a baking sheet. Cream together the butter and the sugars then mix in the honey and the egg yolk. Add the dry ingredients and mix to form a soft dough. Use an ice-cream scoop to remove a ball of dough then place it on the baking tray. Don’t squash it flat. Repeat with the rest of the dough then bake for 10 to 15 minutes. Leave to cool on the tray for a few minutes then transfer onto a cooling rack to cool completely. 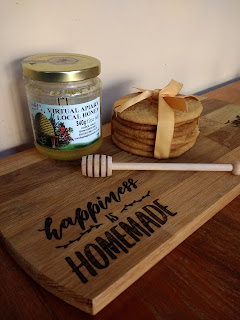 Preheat the oven to 180°C and grease a 20 by 30 cm tin. In a saucepan, melt together the butter, sugar and honey. Remove from the heat and add the oats, salt and seeds. Stir well then spoon into the tin and level out. Bake for 15 minutes then turn out the oven and leave for another 5 minutes in the oven. Remove from the oven and cut out 12 bars then leave to cool in the tin. 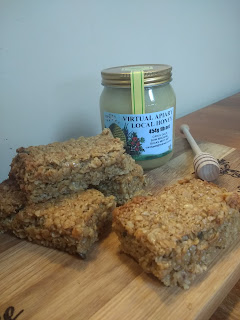