Leeks are a tasty and very versatile vegetable so I never mind having plenty of them growing. Indeed, we often leave a few leeks to flower during the summer, partly because the bees absolutely love them and partly so that they will set seed and self sow themselves all over the place. With no effort at all we end up with lots of baby leeks. Some of them grow in places that are less than ideal but this matters little - we simply "weed" them out and eat them whilst still tiny. So, on Saturday, whilst the weather gave us a brief glimpse of spring, we went out to do some tidying and sorting of the plot and one of my jobs was to remove the leeks that were growing in the wrong place. A bit of therapeutic weeding resulted in a bucket full of tasty, tiny leeks to take home. 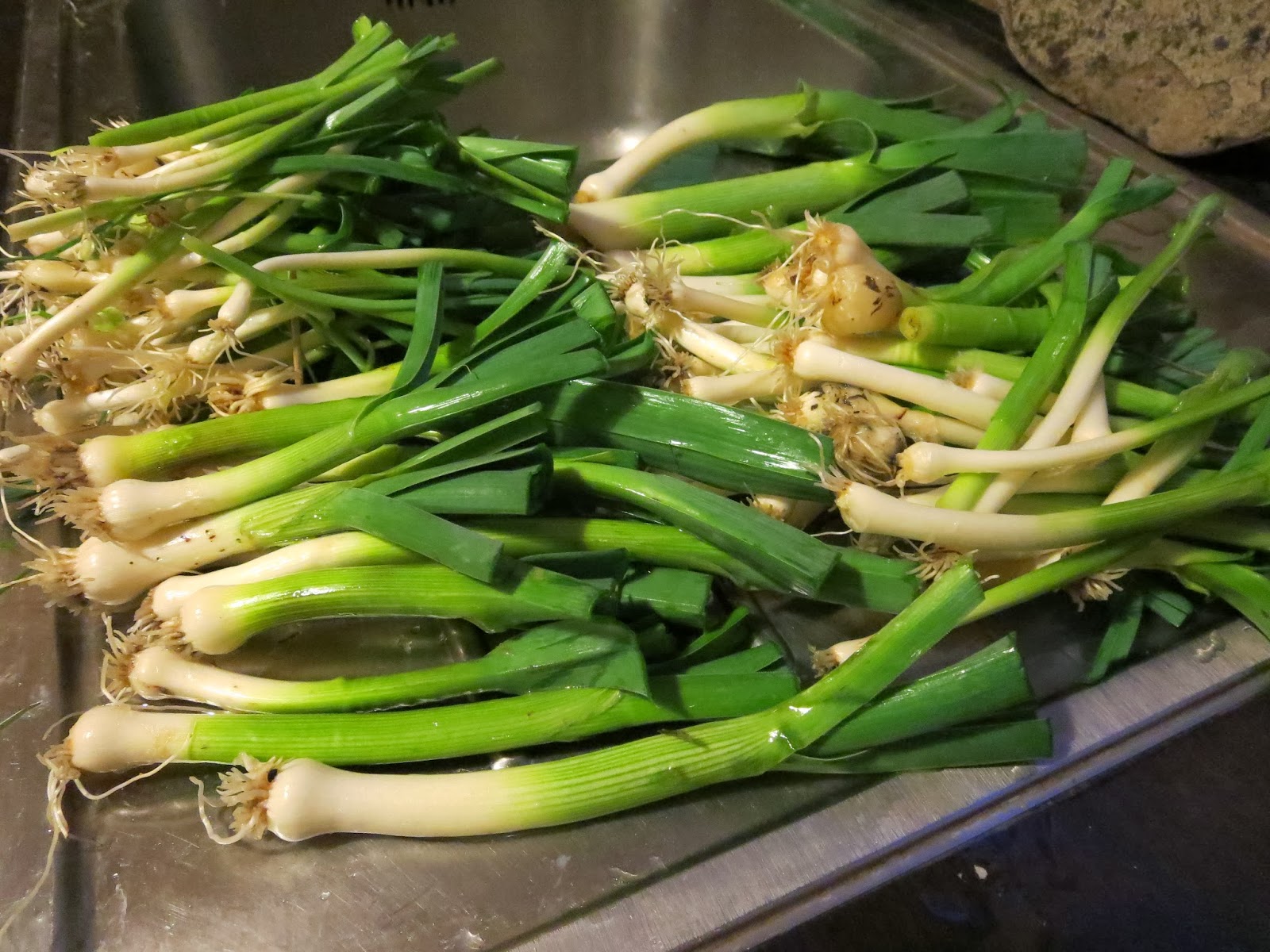 Saturday night we chopped some up and added them to our stirfry. Sunday we made roasted whole baby leeks with our roast chicken (5 minutes boiling followed by 10 minutes on a baking tray in the oven at 180°C, gas 4 covered in olive oil and a sprinkling of salt). And tonight I used more leeks and leftover chicken to make Chicken & Leek Spud Pies.

Preheat the oven to 200°C, gas 6. Scrub the potatoes then pat dry and rub over with a little sunflower oil and salt then microwave for 10 minutes. In the meantime, break up the cooked chicken into small pieces and mix with the left over gravy (or make some fresh and allow it to cool down before adding to the cold chicken. Cut the leeks into small pieces and boil for 5 minutes until tender then drain, reserving the cooking water, and allow to cool before adding to the chicken. When the potatoes have finished microwaving, cut each one in half and spoon out the potato into a large bowl. Mash the potato, adding a splash or the reserved leek cooking water, some butter and salt and pepper to taste. Spoon the chicken mix into the empty potato skins then top with a layer of the mashed potato and finish with some grated cheese. Bake in the oven for 15 to 20 minutes until hot through and the cheese has browned nicely. Serve hot with vegetables. 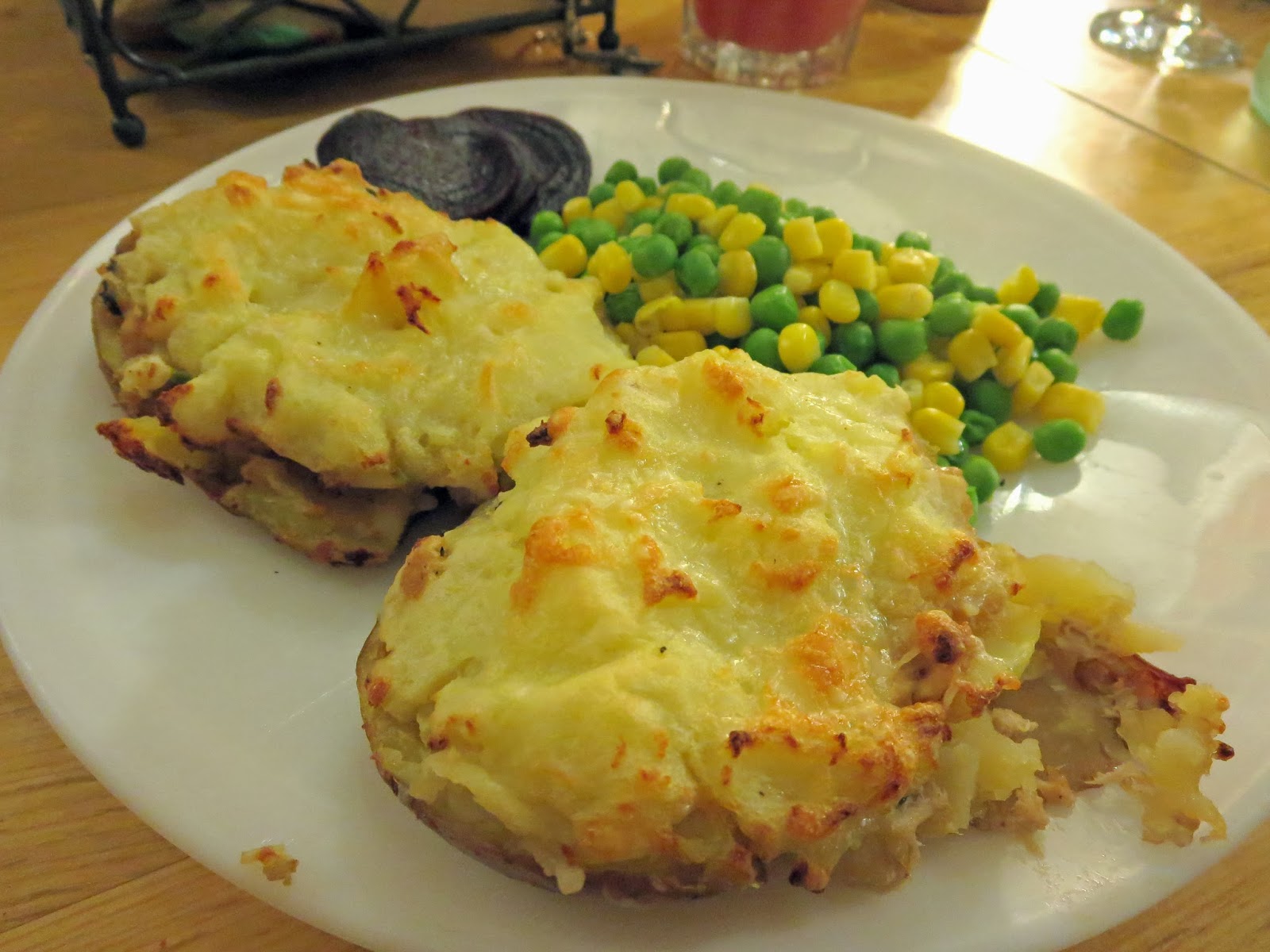